Concern about the approval by the Ministerial Committee for Legislation of two bills that could severely limit foreign funding to Israeli human rights organisations.

Dear members of the Knesset,

The Observatory for the Protection of Human Rights Defenders, a joint programme of the International Federation for Human Rights (FIDH) and the World Organisation Against Torture (OMCT), together with the Euro-Mediterranean Network for Human Rights (EMHRN), are writing to you regarding the decision taken on November 13, 2011 by the Ministerial Committee for Legislation to approve two proposed bills that would severely limit foreign government and foreign entity funding to human rights organisations in Israel.

According to the information received, one bill proposes a NIS 20,000 (about EUR 4,000) cap in foreign diplomatic entity contributions to « political » non-governmental organisations (NGOs). The second bill seeks to impose a 45% tax on foreign governments’ donations to all NGOs, which are deemed « ineligible for State funding ».

The Observatory and the EMHRN express their utmost concern over these bills, which could lead to the closure and/or the substantial reduction of the activities of human rights organisations, undermining their mandate to protect and promote human rights. The supporters of these bills, including Prime Minister Netanyahu, have labelled human rights organisations as « political » organisations, in an effort to delegitimise and restrict their activities, especially their work in defending the human rights of Palestinians in the Occupied Palestinian Territory (OPT). In that context, the Observatory and EMHRN fear that the Israeli Government could be demonstrating an intention to interfere with and hinder the activities of human rights NGOs.

The Observatory and the EMHRN warn that the adoption of such bills would breach Israel’s international obligations, and in particular Article 13 of the 1998 United Nations Declaration on Human Rights Defenders, which provides that « everyone has the right, individually or in association with others, to solicit, receive and utilize resources for the express purpose of promoting and protecting human rights and fundamental freedoms through peaceful means ».

The Observatory and the EMHRN stress the legitimate and useful role that human rights organisations play in building peace, democracy and the respect of the Rule of Law in Israel and the OPT. By documenting, reporting and denouncing human rights violations and violations of International humanitarian law, civil society organisations are essential institutions in any functioning democracy. In this sense, it is the duty of State institutions, including the legislative branch, to support these efforts to ensure accountability by protecting all those who promote human rights and fundamental freedoms, as established by the UN Declaration on Human Rights Defenders in its Article 12.3, which provides that “everyone is entitled, individually or in association with others, to be protected effectively under national law in reacting against or opposing, through peaceful means, activities and acts, including those by omission, attributable to States that result in violations of human rights and fundamental freedoms [...]”.

The Observatory and the EMHRN recall that a series of measures adopted by Israel have already severely curtailed the freedom of association, freedom of expression, freedom of assembly and freedom of movement of human rights organisations and defenders operating in Israel and the OPT. These measures include arbitrary arrests of those participating in peaceful demonstrations, refusal of access of Israeli and international NGOs to Gaza, administrative detentions of defenders who denounce Israeli policy under the military legal framework applicable to the West Bank, international travel bans for Israeli human rights defenders and restrictions of the visa policy for international NGO humanitarian workers .

Accordingly, the Observatory and the EMHRN respectfully note that these proposed bills cannot be “fixed” or slightly amended. Therefore, the Observatory and the EMHRN request that the Knesset House Committee refrain from approving the two bills mentioned above, and any other bill that would limit the foreign funding or the capacity of Israeli human rights organisations to operate.

We express our sincere hope that you will take these considerations and requests into account. 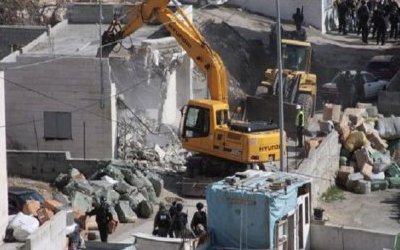 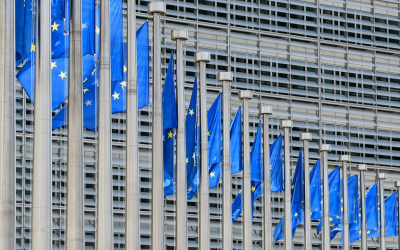