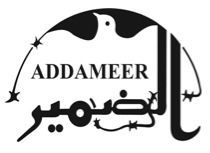 Occupied Ramallah, 17 April 2014 – On the occasion of Palestinian Prisoners Day Addameer Prisoner Support and Human Rights Association salutes the continued struggle of the over 5,000 Palestinian political prisoners currently being held in Israeli prisons. Every year Israel arrests thousands of Palestinians in an attempt to suppress any resistance to its continued occupation and colonization, the result being the imprisonment of approximately 800,000 Palestinians since 1967.

Since the beginning of 2013 12 Palestinians have been killed during arrest operations by Israeli Occupying Forces, while another three have died as a result of medical neglect and another of torture. As of 1 March 2014 there were 5,224 Palestinian political prisoners being held in Israeli prisons. These include 183 administrative detainees ; 210 children ; 21 female prisoners ; and 11 members of the Palestinian Legislative Council.

The situation of the prisoners continues to deteriorate as they face a wide range of violations against them. Both detainees and prisoners continue to suffer from ill-treatment and torture on a systematic basis, including children. Since 1967 71 prisoners have died as a result of torture, the last being Arafat Jaradat who was tortured to death in February 2013.

Given the lack of appropriate medical care provided by the Israeli Prison Service there are currently more than 800 sick prisoners in need of medical treatment. Of these 193 suffer from some sort of chronic disease ; 25 suffer from cancer ; 85 suffer from a variety of disabilities, whether physical or psychological ; and 120 are in immediate need to surgery. Since 1967, 53 prisoners have died as a result of medical neglect.

The last twelve month also witnessed the continuation of a number of individual hunger strikes. In 2013 alone 38 prisoners launched hunger strikes for various reasons including their continued administrative detention and their re-arrest after being released in prisoner exchange deals. Currently Ayman Tbeisheh is the only prisoner on hunger strike and has been striking for 48 days. An extremely worrying recent development is proposed legislation before the Israeli Knesset which would allow for the reintroduction of force feeding of hunger strikers.

Many prisoners who had previously been released under prisoner exchange deals have been rearrested under Article 186 of Military Order 1651. Those rearrested are brought before a special Israeli military committee which is empowered to re-impose the remainder of their original sentence, based on completely secret evidence.

On Palestinian Prisoners Day 2012 Palestinian civil society called for a campaign against the private security company G4S because of its complicity in the Israeli occupation. G4S is heavily involved not only in the illegal Israeli settlements and Annexation Wall but also in many of the prisons and detention centres where Palestinian political prisoners and interrogated, tortured and imprisoned. Over the last couple of years the campaign has made significant progress as G4S continues to lose contacts around the world as a result of its involvement in the Israeli occupation.

Earlier this month Addameer and the Palestinian Boycott, Divestment and Sanctions National Committee launched a campaign calling for the Bill and Melinda Gates Foundation to divest its $120m stake from G4S. The campaign has been endorsed by over 140 Palestinian and international organizations and to date almost 11,000 signatures have been collected through an online petition. Addameer also recently released a G4S campaign video, ’G4S : Securing War Crimes’.

In March 2014 a cross-party European Parliament fact-finding mission visited the 1948 Territories and the Occupied Palestinian Territories to investigate the situation of the Palestinian political prisoners. During the visit the delegation met with Palestinian and Israeli civil society organizations and other interested parties, as well as visiting Ofer military court. The delegation was prohibited from visiting any of the prisons which holds Palestinian political prisoners. To date the fact-finding mission has still to release its report.

Addameer urges the development of a national strategy to protect all Palestinian political detainees and prisoners held in Israeli prisons and ensure their release. This is particularly relevant given the recent signing of 15 international treaties and conventions, including the four Geneva Conventions, by the Palestinian Liberation Organization. This national strategy is necessary in order to counteract Israeli attempts to use the prisoners as political bargaining chips, which most recently was evident in its refusal to release the last group of 30 pre-Oslo prisoners on 29 March 2014. Unless such a strategy is developed Israel will continue to violate the prisoners’ rights and manipulate them for political purposes.

Addameer also emphasizes the importance of the Boycott, Divestment, Sanctions campaign which is the primary international tool to help bring an end to the occupation. The campaign continues to make massive strides and we encourage people of conscience across the world to join the campaign to support the Palestinian people in their quest for freedom and self determination.