Even if current steps do not immediately lead to full national reunification, they can still be an important opening that can provide at least partial relief for Gaza and stabilise the Palestinian political scene.

Since the infighting that followed Hamas’ victory in the 2006 Palestinian legislative elections, the occupied Palestinian territories have been politically and geographically divided, with Hamas controlling the Gaza Strip while the Palestinian Authority (PA) based in Ramallah has continued to govern Palestinians in the West Bank.

Last week saw tentative yet serious steps towards bridging this divide. With little prospect of progress in the broader Israel-Palestine stalemate, this is a rare window of opportunity worth grasping. And while it will be down to Palestinian factions themselves to overcome the serious political and technical obstacles that remain, external support and encouragement will be critical in ensuring sustained progress towards full national reunification and easing the humanitarian crisis in Gaza.

As part of an Egyptian-sponsored three step plan, Hamas announced in mid-September its intention to dissolve the administrative committee it set up to govern the Strip – the establishment of which had provoked the ire of President Abbas’ Palestinian Authority (PA) who saw it as a shadow government. Its dissolution created some initial political room and momentum for the return of PA government led by Prime Minister Rami Hamdallah to the Gaza Strip for the first time since 2014.

Hamas’s perceived u-turn comes after President Abbas enacted unprecedented steps against the Gaza Strip, including the cutting of salaries for PA civil servants there (which effectively sucked some €18 million out of the local economy and dented the revenues Hamas gains through tax collection) ; and the halting of payments for electricity and water supplies from Israel to the Strip. Although supposedly designed to pressure Hamas, these measures have hurt Gaza’s civilian population and worsened the already acute humanitarian crisis caused by Israel.

Other factors have also contributed to the resumption of reconciliation efforts. The emergence of new political leadership in Hamas at the end of April has seen its centre of gravity move away from Doha, which has long hosted the movement’s political leadership, towards the Gaza Strip. Together with the publication of a new political platform which was seen as a nod towards Cairo, this has led to a mini-thawing of relations with Egypt. At the same time, Hamas has tentatively courted Abbas’ arch rival Mohammad Dahlan, who has strong ties to both the UAE and Egypt and is a leading member of Abbas’ Fatah Party and former head of the Palestinian Preventive Security in Gaza.

Back to the Future

For all the hype around recent developments, they are not unprecedent, nor do they yet signal any imminent end to the Gaza-West Bank divide, nor a return to a semblance of normality for Gazans. The last ten years have already seen a number of regional and international initiatives designed to promote Palestinian re-unification, the most successful of which enabled the formation of a short-lived government of national consensus in June 2014 which collapsed a year later amidst acrimony.

While there are indications we could once again be heading towards a government of national consensus, there is still a long way to go before a full and lasting Palestinian re-unification of Gaza and the West Bank.

There are a number of key technical and security-related files that will first need to be resolved, such as resolving the payment of civil servants in Gaza, re-unifying ministries, and beginning a process of security sector reform to integrate Hamas security personnel. However, the failure of past attempts suggests that it is difficult to reach a resolution on these issues before reaching an agreement on the political agenda for a future government of national unity. This will require political willingness on all sides to compromise and move away from the current zero-sum game between Fatah and Hamas.

National reunification will require difficult political choices on the inclusion of Hamas under the umbrella of a reformed PLO, on the timing of elections, and on an agreement on national strategies and priorities. One of the most contentious issues in this regard will be squaring the circle between Hamas’ support for armed resistance and the PA’s commitment to security cooperation with Israel, as well as Hamas’ reluctance to hand over security control of Gaza.

For now limited progress suits everyone, with both sides due to meet in Cairo on Tuesday to continue talks. Abbas, who faces domestic pressure to advance towards reconciliation, can claim that his punitive measures have brought Hamas to the table. He can also claim a degree of American cover for advancing re-unification talks following US calls for the PA to return to Gaza. Perhaps more importantly for Abbas, advancing a limited reconciliation process with Hamas may (momentarily) close the door on Mohammed Dahlan’s return to the Strip and reduce pressure from Egypt and other members of the Arab Quartet who have supported Dahlan’s leadership ambitions.

For its part, Hamas has come under increasing pressure from both domestic and regional actors. With an increasingly dire humanitarian catastrophe in Gaza and few places to turn, the Islamist movement has seized upon an important opening that will allow it to relieve some pressure while potentially divesting itself of the burden of administering an increasingly ungovernable Strip. Above all, though, it offers the movement the prospect of running down the clock until the end of Abbas’s presidency – a moment in which it feels the balance of power will swing more decisively in its favour.

Most critically though, the interests of key regional actors have momentarily aligned in support of reunification. For Egypt, improved ties with Hamas offers the prospect of better security coordination to stabilise the Sinai Peninsula where it is currently battling ISIS-affiliated militants with links to Gaza. President Sisi can also portray intra-Palestinian progress as a diplomatic win of his own making, boosting his regional standing and popularity in Gaza.

All of this has happened in close coordination with the UAE, which has recently started pumping €13 million a month into “vital” projects in the Gaza Strip according to Arab media reports. Recent UAE interest in Gaza is in part an attempt to create some space for the eventual return of Mohammed Dahlan. But it also follows the souring of relations between the UAE and Qatar and likely represents an attempt to sideline Doha, which has traditionally played an important role in Gaza through its humanitarian funding and political support for Hamas.

Even Israel, normally keen to maintain Palestinian divisions, has an interest in reducing tensions in the Strip. While it opposes any PA government inclusive of Hamas, the Israeli security establishment is aware that conditions on the ground have turned Gaza into a pressure cooker with negative security repercussions for Israel.

Yet despite this relatively favourable regional context, the strategic calculations of the various parties remain an impediment. The governments of Egypt and UAE are still fundamentally anti-Islamist and their desired end-game in Palestine remains unclear. For its part, Hamas will not easily allow PA security forces to resume full control of Gaza, which is demanded by President Abbas, Israel, and the US. Abbas is weary of getting sucked into Gaza which he sees as a political trap, and he will resist moves to bring Hamas into the PLO given the relative weakness of his own party. Meanwhile, neither side will rush towards elections they could lose without a pre-existing political agreement on power sharing. And while Mohammed Dahlan may have been pushed to the sidelines, he is most certainly not out of the political game and retains significant influence within Fatah and the Gaza Strip.

For now, the prospects of failure remain greater than those of success. But, even if current steps do not immediately lead to full national reunification, they can still provide at least partial relief for Gaza and stabilise the Palestinian political scene. This should be the main criteria for a deal’s success.

External actors have a large say in the fate of the process and can do much to facilitate – or at a minimum not obstruct – this process. Without such external support and encouragement, it is quite likely the limited progress achieved so far will peter out.

Egypt has been aggressively pushing this process so far and will continue to be instrumental going forward. But as the largest donor to President Abbas’ PA and a member of the international Quartet (alongside Russia, the UN, and the US) the EU also has an important role to play. Europe must therefore get behind and encourage the current initiative in order to help translate the momentum generated over the last few days into meaningful change for Gazans – beginning with an easing of PA and Israeli restrictions.

In the short term, the ball is currently in President Abbas’ court and the EU should provide him with cover (and the impetus) to immediately rescind his punitive measures against Gaza’s electricity and healthcare system which have increased humanitarian suffering. This is all the more critical with the approach of winter. Alongside this, the EU should welcome the deployment of PA forces to Gaza’s border as an important step that should allow for an easing of Israeli restrictions.

Looking ahead, the EU should express its willingness to continue funding a new Palestinian government of national consensus (even one that includes Hamas figures) so long as it remains committed to the PLO platform. It should also amend (or at the very least clarify) its policy of no-contact with Hamas to allow for political engagement with moderate figures within the movement, and enable European humanitarian organisations to more effectively operate in Gaza.

Alongside this, the EU should push for the revival and reconvening of the Palestinian Legislative Council (PLC), including demanding that Israel release the 12 PLC members currently in detention, as a first step towards new legislative elections. In addition, European officials should vocally support efforts to reform the PLO and bring Hamas (and Palestinian Islamic Jihad) under its political platform. This should include support for reviving and reforming the dormant legislative body of the PLO – the Palestinian National Council (PNC) – in a manner that promotes Palestinian political inclusivity, while discouraging President Abbas from using the body to further monopolise his hold on power and push out rivals, as he did during the Seventh Fatah Conference held in December 2016. 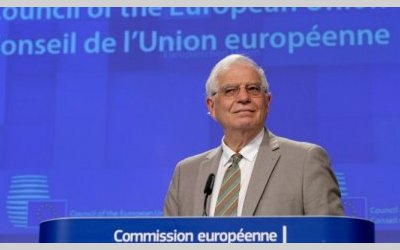 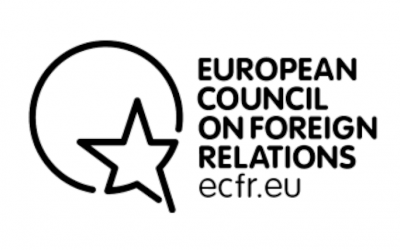