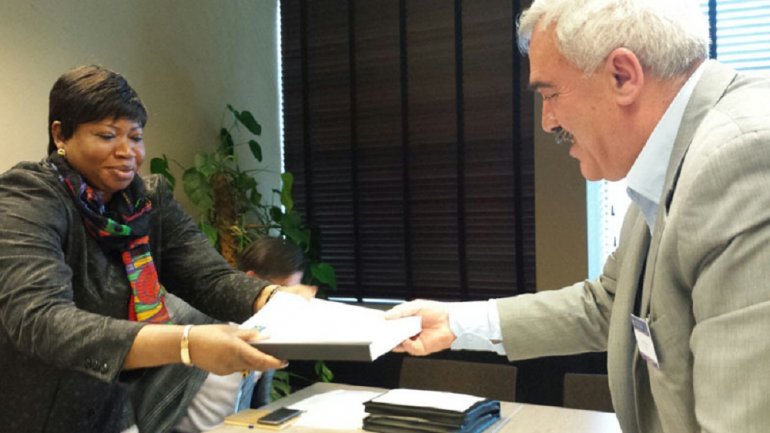 Today, in a historic moment in Palestinian pursuit of accountability, four Palestinian human rights organisations delivered a confidential communication to Madam Prosecutor Bensouda of the International Criminal Court on behalf of themselves and Palestinian victims of Israel’s “Operation Protective Edge”. The communication, which was submitted by Al-Haq, Al-Mezan Center for Human Rights, Aldameer and the Palestinian Center for Human Rights pursuant to Article 15 of the Rome Statute, contains information on crimes jointly documented during Israel’s 2014 offensive against the Gaza Strip.

“We have become used to Israel killing and injuring Palestinians in the Gaza Strip. The 2014 offensive is the third war on our people in about six years. But nothing could have fully prepared me for the devastating loss of my sons, grandsons and granddaughters in an attack against our family home.” said Bouthaineh Al Louh, a Palestinian 57-year old grieving mother. “On 20 August 2014 at 04.45am, Israel attacked our home in Deir al Balah whilst my family was fast asleep. My son and two stepsons were killed in the attack, as well as my nine months pregnant daughter-in-law and her three children. Our family will never again be complete, and our house is in ruins. I hope that the ICC can acknowledge the crimes that we endured and punish those that deprived us of our loved ones”.

Speaking from The Hague, Mr. Shawan Jabarin (Al-Haq Director) said that, “We have provided the Office of the Prosecutor with enough information for it to determine that there is a reasonable basis to believe that senior Israeli military and civilian officials committed crimes against humanity and war crimes during the offensive against Gaza. We are confident that the information now at the disposal of the Office of the Prosecutor is sufficient to open an investigation, and urge her to act quickly to begin a formal investigation.”

Guided by the Court’s mandate to put an end to impunity for war crimes and crimes against humanity, the submitting organisations detailed illustrative instances of murder, persecution, torture and other inhumane acts as well as intentional attacks on civilian persons and objects and the extensive destruction not justified by military necessity. Overall, the Israeli forces killed more than 1,540 Palestinian civilians during the span of 51 days and displaced hundreds of thousands. The high death toll and mass displacement was the direct result of Israeli indiscriminate and direct attacks against Palestinian civilians and civilian objects. The communication addresses specific attacks on Palestinian homes, hospitals, schools and high-rise buildings.

“Based on our long experience in representing Palestinian victims before available Israeli mechanisms, including the High Court of Justice, it is clear that complementarity does not bar the Prosecutor from seeking authorisation to open an investigation. Israel is unwilling and Palestine is unable to domestically hold to account Israeli perpetrators of international crimes,” said Mr. Raji Sourani (PCHR Director). “We need the ICC to break the cycle of impunity.”

The organisations submitted that crimes were committed in the course of a widespread or systematic attack pursuant to or in furtherance of a policy put in place by the highest Israeli civilian and military leadership, including members of the Israeli security cabinet, and qualify as both crimes against humanity and war crimes.

From the Gaza Strip, Mr. Issam Younis (Al Mezan Director) said that “Israel’s occupation, as well as the suffocating closure on the Gaza Strip, has continued for far too long and we do not believe that any people, especially the Palestinian victims, must choose between peace and justice. The ICC has the opportunity to objectively investigate, prosecute and punish Israelis responsible for heinous crimes condemned by the international community. The ICC can also deter the commission of future crimes. As such, Madam Prosecutor must proceed to request authorization to open an investigation”.

In submitting their information, the organisations declared their intention to continue to cooperate with the Court with the aim of ensuring that the victims receive justice and reparation. 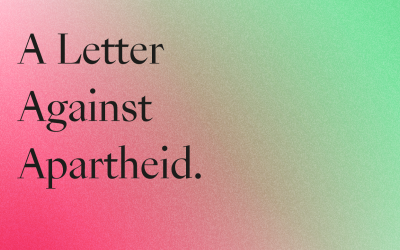 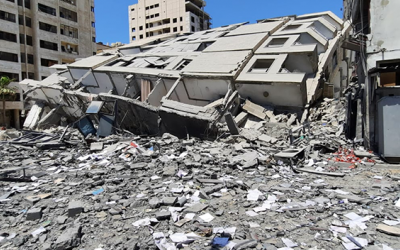 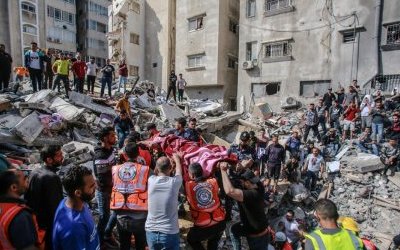 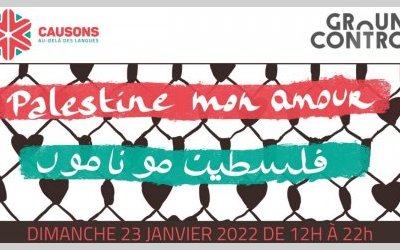 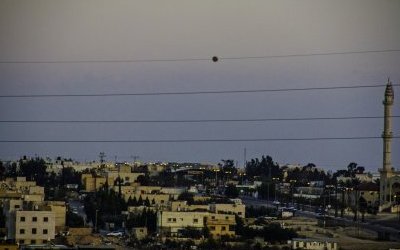 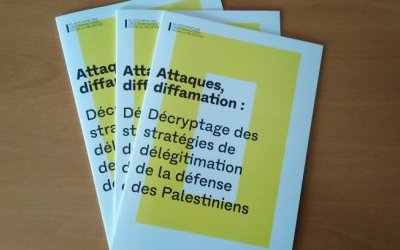