After spending nearly six months in jail, Palestinian political prisoner Ameer Makhoul signed a plea agreement with Israeli state prosecutors on 27 October. The deal involves a reduced list of charges, including contact with a foreign agent and spying for the Lebanese resistance movement Hizballah. The charges carry a maximum prison sentence of seven to ten years.

Makhoul is the Coordinator of Ittijah, the Union of Arab Community Associations and a leader in the movement for the protection of the rights of Palestinian citizens of Israel. The initial indictment against Makhoul submitted before the Haifa District Court included : assistance to the enemy in a time of war, conspiracy to assist an enemy, aggravated espionage and contact with a foreign agent. Makhoul vehemently denied the charges.

As a result of the plea deal, the charge of assistance to the enemy in a time of war, which carries with it a life sentence, was dropped. The next court session, during which the exact terms of the plea agreement will be outlined, is scheduled for 5 December.

According to Dr. Hatim Kanaaneh, Chairperson of the Committee for the Defense of Ameer Makhoul, while the decision to plead guilty to reduced charges was extremely difficult for Makhoul, his family and the defense team, the reality of life for Palestinian citizens of Israel made it the only option.

« Historically, the record of Israel’s court system shows that nearly 100 percent — definitely over 95 percent — of cases where a person is accused or arrested on the basis of security violations, are indicted and put in jail. The court finds them guilty. Especially when the accused is a Palestinian, of course, » Kanaaneh explained.

« A smaller fish could get by with a lower judgment, but somebody at the level of Ameer, with his international exposure, he’s not going to be shown any mercy, » Kanaaneh added.

« The maximum punishment of aiding the enemy during war is life in jail, and that’s where we were heading before we accepted to negotiate this lower plea bargain of seven to ten years. »

At 3am on 6 May, sixteen agents of the Israel Security Agency, also known as the Shin Bet or Shabak, arrested Makhoul at his home. They confiscated his family’s computers, cell phones and many personal effects, and proceeded to search the Ittijah offices.

Makhoul was held incommunicado for twelve days and denied access to a lawyer. Three weeks after his arrest he was charged with a slew of security offenses. The Israeli authorities claimed that Makhoul made contact with a Hizballah agent.

Despite having examined almost a dozen computer hard drives and more than 30,000 phone conversations, Israel has relied entirely on Makhoul’s confession as the basis for its indictment against him. And this confession, his lawyers and family say, was obtained under circumstances of torture.

« The man was subjected to physical, mental and probably drug manipulation of his mind. They kept him on a very low chair with no back, and tied his legs and arms, and kept him in that position without sleep for 62 hours. The man was broken, » Kanaaneh said.

Orna Kohn, one of Makhoul’s lawyers from Adalah - the Legal Center for Arab Minority Rights in Israel, explained that under Israeli law, the definition of what constitutes a security offense makes it easy for the state to convict someone of such crimes.

« Israeli law defines so-called security offenses in a very broad way, which criminalize behaviors or actions which no one would expect to be included in such a clause of the criminal code. The result is that it is very easy for the state prosecution to convince the court that a person is guilty, » Kohn said.

« [With] these kinds of charges, especially in what is called ’being in touch with a foreign agent,’ the burden of proof is shifted, » Kohn added. « So the defendant is the one who needs to convince the court that there was no intention to harm state security. The result is that once a person is indicted of such charges, it’s almost impossible to be found not guilty. »

According to Nadim Nashif, the director of Baladna Association for Arab Youth, a Haifa-based developmental and capacity-building agency for Palestinian youth in Israel, the persecution of Ameer Makhoul and other Palestinian civil society leaders demonstrates Israel’s increasingly extreme policy of intimidating Palestinian activists working inside Israel.

Nashif explained that in addition to targeting leaders such as Makhoul, many young Palestinian activists have been interrogated and intimidated by Israeli authorities in recent months.

« This is the general feeling not only with Ameer’s case, but in general. We feel that there is much more interrogation for the Shabak dealing with young activists. Last year we counted hundreds of cases, » he said.

« More and more people are active. People are more aware. And in this sense, I think that what the government is trying to do is push us back to the past where people were afraid to do anything and where people felt inferior. I think this is the general direction. This is a very fascist government and they are implementing their policies in a very clear way, without any excuses. »

On 26 October, Makhoul wrote an open letter to the International Council of the World Social Forum and the Palestinian National Committee of the World Education Forum, which was held in Palestine from 28-31 October.

« Five months have passed since [my arrest in May 2010], but everything I face today — in the form of an unjust imprisonment, judicial procedures and trial — is no less oppressive than the physical and psychological torture I endured, » Makhoul wrote.

« However, what distinguishes us Palestinians is our free will and steadfastness, which are used to resist oppression and the oppressors and their so-called justice. We are not deceived that there exists an Israeli justice ; on the contrary, we view the court as an opportunity to consolidate the popular and international mobilization and struggle that already exists — these are the cornerstones of our defending of our rights and the tools that prevent their robbery by the occupation state. »

Makhoul added, « The Israeli court and legal system are mere manifestations of the Israeli state’s injustice. Thus, we do not seek justice in these systems, but we choose to confront and resist them, and to accuse them to be instruments of oppression, not righteousness. A Palestinian prisoner in an Israeli prison can never be found innocent. »

Originally from Montreal, Jillian Kestler-D’Amours is a reporter and documentary filmmaker based in occupied East Jerusalem. More of her work can be found at http://jilldamours.wordpress.com. 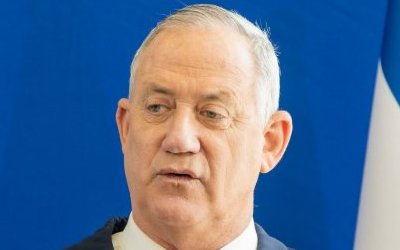 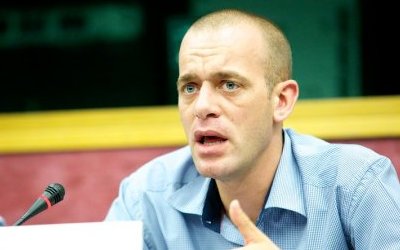 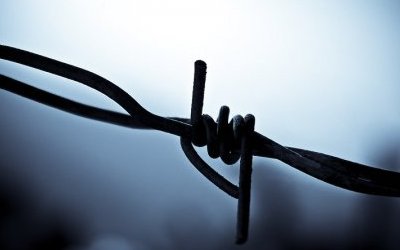