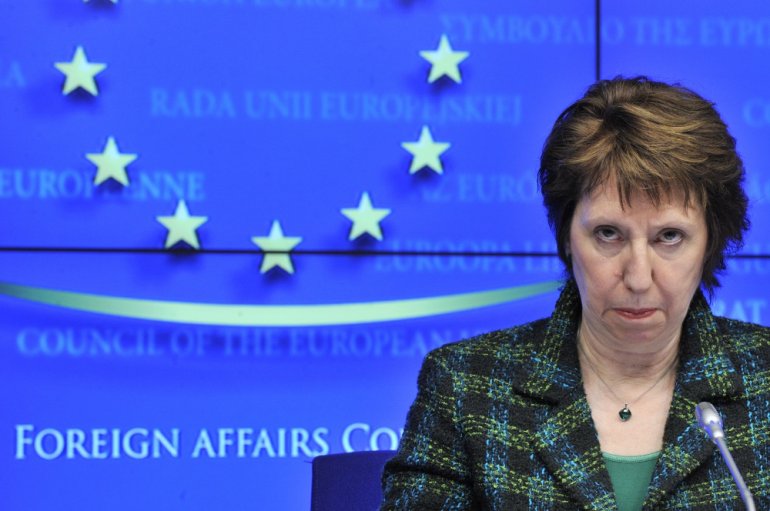 She made the comment in a letter - a copy of which has been obtained by Haaretz - sent on July 8 to European Commission President Jose Manuel Barroso and the seven commissioners responsible for justice, industry, consumer protection, agriculture, taxation, trade and internal market. The commission is the EU’s executive arm.

The letter’s goal was to recruit support from all the relevant commissioners for issuing guidelines on labeling settlement products that would apply to all 28 EU member states. Ashton said she would need the commissioners’ help and political backing, and asked each of them to instruct their staffs to work on the issue.

Her effort comes on the heels of a new EU directive that prohibits funding, investing in or awarding grants and prizes to entities with activities in the settlements. This directive also said that any new agreements between Israel and the European Union should include a provision stating that Jewish communities in the West Bank, East Jerusalem and the Golan Heights are not part of Israel, and hence not covered by the agreement.

In her letter, Ashton said the commission must adopt guidelines on labeling settlement products, and, if necessary, regulations as well. The former are nonbinding, while the latter are binding.

« The guidelines could be adopted as a nonbinding Commission Notice and published in the Official Journal of the EU before the end of 2013, » Ashton wrote.

« I hereby call for your commitment toward ensuring the effective implementation of existing EU legislation relevant for the correct labeling of settlement products by adopting EU guidelines and other implementing acts where necessary, » the letter continued. « I would highly appreciate your support for a political commitment of the College [of Commissioners] as a whole and for all further efforts needed from your services. »

Ashton said the need to properly label produce from the settlements is « closely linked » to the EU’s general stance opposing the settlements. She also noted that some EU states have already published their own guidelines on labeling products from the settlements - a reference to Britain, Denmark and Holland - and said that other countries are planning to do so soon.

« An overwhelming majority of Member States have recently supported or openly demanded the preparation of EU-wide guidelines on this issue in order to implement EU law in a coherent manner, » she wrote.

The European External Action Service, which she heads, has reviewed the relevant EU legislation on the matter over the last few months, and found that while labeling is mandatory for some products - like cosmetics and agricultural produce - it is voluntary for others, such as food other than fresh produce, the letter said.

It also noted that a bill submitted to the European Parliament in February, but not yet approved, would require mandatory labeling of all nonfood products.

The EEAS review, Ashton continued, found that difficulties in enforcing labeling requirements may arise due to the difficulty of identifying products that originated in the settlements. Though she didn’t specify, she was apparently referring to settlement products marketed by companies located inside Israel.

She also noted that responsibility for enforcing such provisions is split, with most powers residing in the member states, but some in the commission. The latter’s role is primarily « in cases of mandatory legislation, » she wrote.

Though the guidelines Ashton proposes would largely be nonbinding, Israel fears that many EU member states would adopt them and many retailers would abide by them. The settlements’ main exports to the EU are agricultural produce, cosmetics from the Dead Sea and wine.

Foreign Ministry officials said that because European public opinion is so negative toward the settlements, publication of such guidelines might well lead European retailers to boycott settlement products entirely, and perhaps even to boycott Israeli products altogether.

The Netherlands provides an example of this. A few months ago, it published guidelines for retailers on labeling settlement products. Later, the government changed its mind and said the guidelines would take effect only after the European Commission published uniform guidelines for all EU states. But the Dutch daily newspaper Trouw reported that two local retail chains, Aldi and Hoogvliet, then began to boycott settlement products altogether. The chains’ managers explained that they didn’t want their customers to have any questions about the products they sell.

A third chain, Jumbo, has demanded that suppliers formally pledge that goods marketed as produce of Israel aren’t from the settlements, the paper reported. And other retailers have applied to either the government or the European Commission for guidance on the matter. 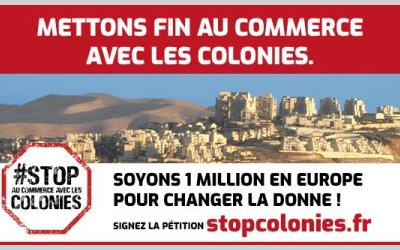 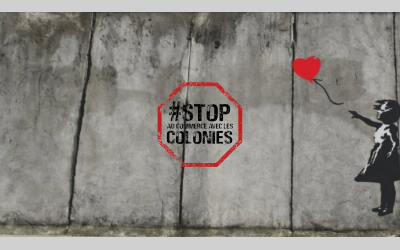